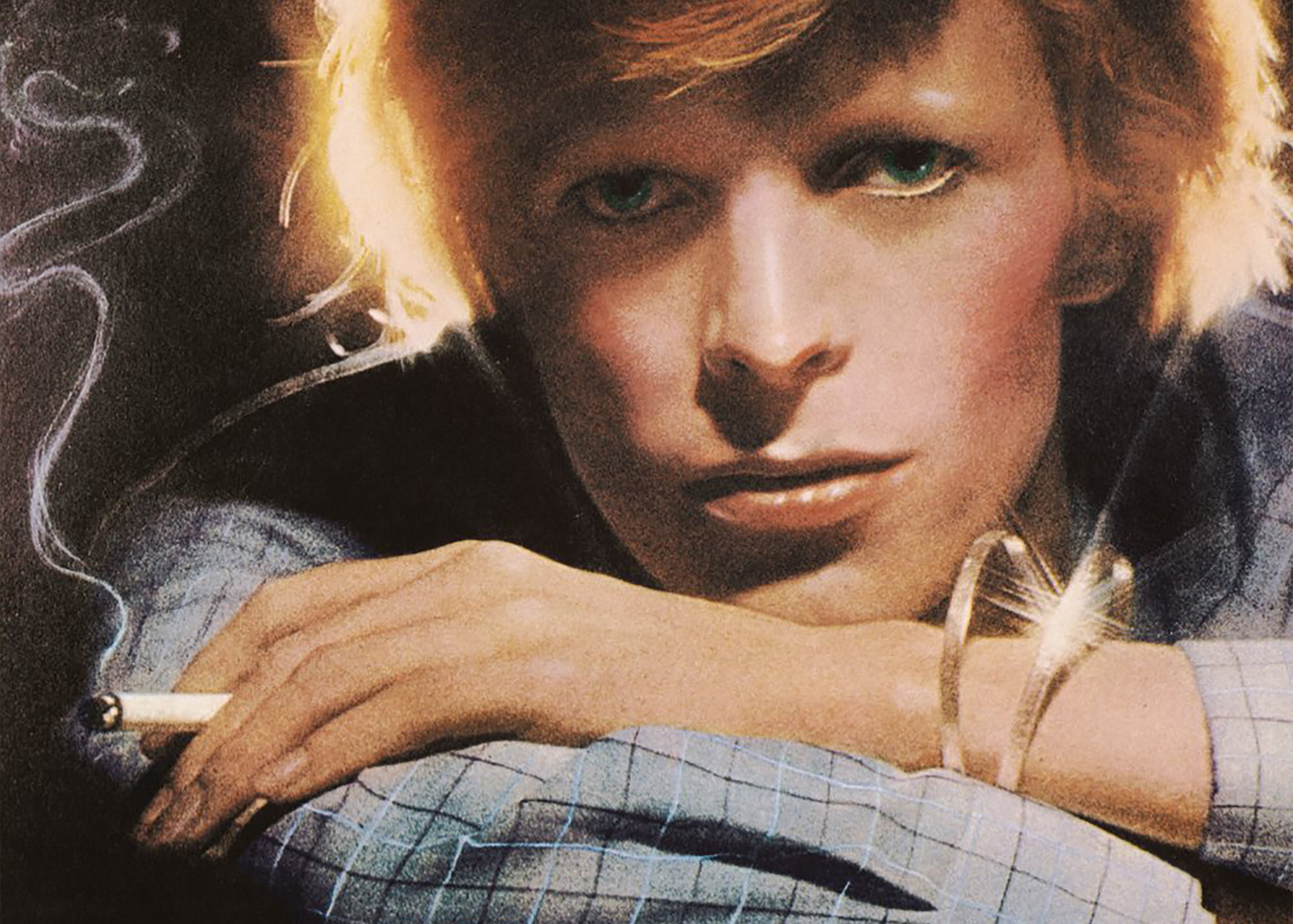 As David Bowie toured his dystopian farewell to glam rock "Diamond Dogs" across the U.S. in 1974, he became increasingly obsessed with soul music.

Bowie was particularly fond of a Philadelphia-bred, funk-infused offshoot of the genre that would serve as a precursor to disco. In fact, he was so entranced by the sound of Philly that — during a month-long break after completing the tour’s first leg in August — he settled in the City of Brotherly Love to record the majority of what would become his ninth studio album, "Young Americans," at the legendary Sigma Sound Studios, where much of the Philadelphia soul music he was so enamored of was being produced. This set in motion a series of events that would ultimately lead to the development of a new sound for the ever-evolving artist and, with some help from celebrated rhythm guitarist Carlos Alomar and none other than John Lennon, his first number one U.S. hit, "Fame."

Though he was not able to enlist the Philadelphia International Records session players responsible for crafting Philly soul as hoped, Bowie did assemble a band with a couple of key ringers — one of which was Alomar, who would play an integral role in Bowie’s band for years to come. Instrumental to the project, Alomar also brought in some backup singers that included his wife Robin Clark and good friend Luther Vandross — before the latter's solo success. Together, they recorded what most critics consider a fairly straightforward soul album, "The Gouster."

"When I first met him, basically all we talked about was about soul music and rhythm and blues,” Alomar recalled. "I realized that his interest in soul music was from the very, very beginning of his life, and that he was very well-educated."

"The Gouster" would not be released until after Bowie’s passing as part of the "Who Can I Be Now? (1974-1976)" box set, however. Regardless, the experience had such a profound effect on Bowie that he decided to take his new recruits on the road for the remainder of the tour — renaming it Soul Dogs, scrapping some of his larger-than-life theatrics, and adding the new material to his set list, along with some soulful covers. Among them was a significant rendition of "Foot Stomping" by doo-wop group The Flares.

After the tour, in December, Bowie revisited the Sigma sessions in New York City and began the alterations that would result in "Young Americans" — dressing up the sound into something he dubbed "plastic soul," a co-opted term which he self-consciously explained as "the squashed remains of ethnic music as it survives in the age of Muzak rock, written and sung by a white limey." He was just putting the finishing touches on the album at the late Jimi Hendrix’s Electric Lady Studios the next month, when he decided to call on another iconic Brit for assistance.

Having met Lennon at a Hollywood party less than a year prior, where he had joked that he owned everything Lennon ever made "except the Beatles," Bowie naturally invited his new friend to lay down some backing vocals on a cover of the Fab Four’s "Across the Universe" for the album. After they finished, while listening to Alomar casually pluck his "Foot Stomping" riff, Bowie decided that it was too good to waste on a cover and the trio began work on "Fame" — with Lennon contributing the conceptual inspiration, backing vocals, some guitar work, and the iconic chant (though, according to some accounts, he originally shouted "aim" instead).

Plastic or not, "Fame" had a very real impact on the world of soul and beyond. James Brown, one of Bowie’s early influences and the Godfather of Soul himself, borrowed the melody of Alomar’s riff to use on "Hot (I Need to Be Loved, Loved, Loved)" later that year. George Clinton attested that the song inspired Parliament’s "Give Up the Funk (Tear the Roof of the Sucker)" the next. "Fame" even landed Bowie a coveted guest spot on Soul Train, and it has since been sampled or interpolated on dozens of classic hip-hop songs — including Public Enemy’s "Night of the Living Baseheads" and "Takeover" by Jay-Z.

Said Clark of Bowie’s so-called plastic soul: "He would laugh that off and say that this was his white-boy version of soul, but that's not it at all. He found inside of himself that soul singer that he always wanted to be." 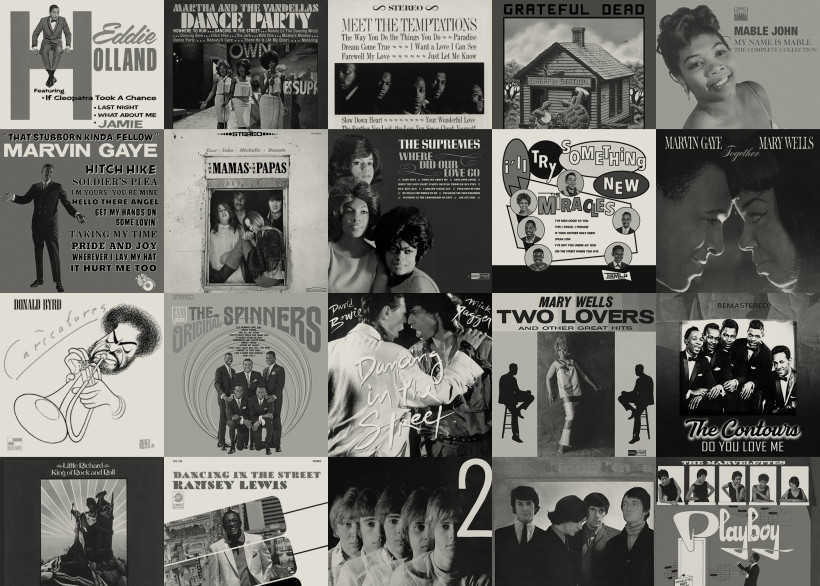 Dancing in the Street with Mickey Stevenson 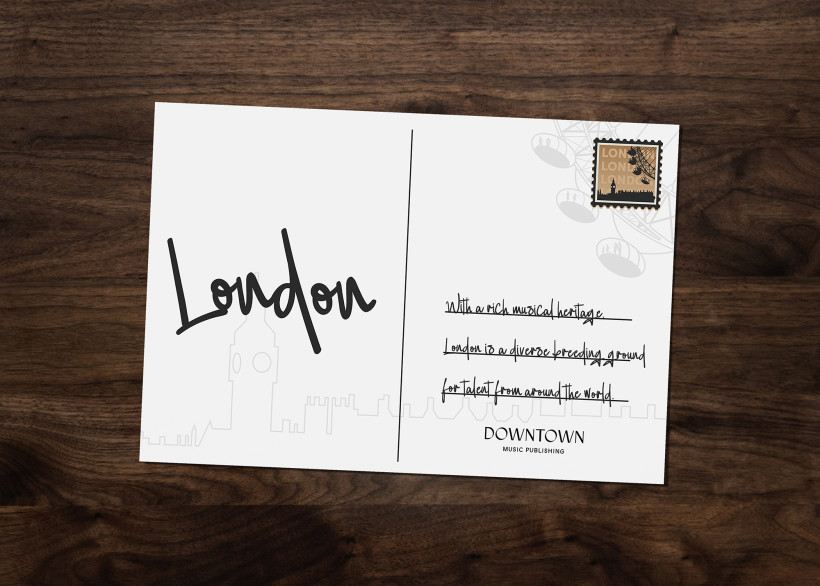