In 2019, Downtown writers flourished, the work of legends was given new life, and our global catalog grew exponentially.

Our Year-in-Review playlist celebrates the hits and hitmakers from across borders and throughout the ages that helped make this year so fruitful, as well as some of our new signees and tastemakers who will help shape our future.

Some of today's most prolific songwriters had a stellar year. Variety's Songwriter of the Year, Ryan Tedder cemented his position as one of the most important writers of our age — receiving the NMPA's coveted Songwriter Icon Award, producing and starring in NBC's hit songwriting competition series Songland, contributing to GRAMMY-nominated projects by The Jonas Brothers, Lil Nas X, as well as Thomas Rhett, and much more. Also named Songwriter of the Year at the U.K.'s A&R Awards, Jimmy Napes helped pen 2019 hits such as Sam Smith and Normani's "Dancing With a Stranger" and grime rapper Stormzy's "Crown." Both writers were selected for Variety's third annual "Hitmakers" feature, highlighting those behind the year's top 25 songs, alongside Anthony Rossomando — co-writer of "Shallow" from the 2018 film A Star Is Born, which continues to rack up accolades with a Best Compilation Soundtrack For Visual Media nomination at the upcoming 62nd Annual GRAMMY Awards.

Honorary Highwoman Yola, a recent signing, also received multiple GRAMMY nominations. Named one of Rolling Stone's "artists you need to know" at the top of the year, the Bristol-born Americana artist first took Nashville, then the world by storm with her signature brand of genre-bending soulful country roots rock on her Dan Auerbach-produced 2019 debut album, Walk Through Fire — which helped earn Auerbach a Producer of the Year, Non-Classical nod, himself.

Other GRAMMY nominees include Emily King, another of this year's signees, whose track "Look At Me Now" from her 2019 album Scenery is up for Best R&B Song — while the LP received a Best Engineered Album, Non-Classical nomination. Also in the run for Best Engineered Album is Run Home Slow, the sophomore album by soulful Aussie trio The Teskey Brothers. We are proud to represent two artists up for Best Dance/Electronic Album, Tycho and Apparat, as well as Norwegian singer-songwriter Aurora — who helped create The Chemical Brothers' No Geography, also nominated Best Dance/Electronic Album. Bilingual singer and rapper Melii co-wrote and featured on Meek Mill's Best Rap Album GRAMMY contender, Championships, as well. The Harlem songwriter released her praised debut phAses and followup EP MOTIONS this year too.

We were honored to be chosen by the estates of music icons Miles Davis and George Gershwin to represent their iconic works, with thriving legacies that have been given new life through modern interpretation time and time again. A GRAMMY-nominated documentary about the jazz legend, Miles Davis: Birth of the Cool, was released this year — as was the late musician's lost 1985 album, Rubberband. Written with his brother Ira alongside DuBose & Dorothy Heyward for their play Porgy & Bess, which was recently revived by the Metropolitan Opera, Gershwin's enduring song "Summertime" added to its long list of over 25,000 derivative works with one the year's most acclaimed projects, Lana Del Rey's "Doin' Time" — a cover of Sublime's '90s hit, which was inspired by the Gershwin classic. FKA twigs also covered the jazz standard for Radio 1’s Future Sounds With Annie Mac.

Some of this generation's most promising newcomers inked deals with Downtown this year, as well: pop prodigy Evie Irie, following the release of her debut EP, 5 Weeks in LA; soulful singer-songwriter Hamzaa, who dropped two acclaimed EPs and multiple singles; and Mae Muller, who also released several singles and an EP in her debut year. We entered into a joint venture with independent publisher Cowboys & Pirates — focused on developing writers and producers within the hip-hop and R&B songwriting community — which represents producer and songwriter John Key, who was instrumental in the creation of Solange's praised 2019 album, When I Get Home, as well.

Following a year when hip-hop accounted for over 25% of all streamed music in the U.S., 2019 was a big year for many emerging producers on the scene. Midas 800 scored a hit with NLE Choppa's infectious single "Shotta Flow," number two on The New York Times' "54 Best Songs of 2019," which continuously crept up the Billboard charts all summer — peaking at No. 1 on the Emerging Artists Chart. CB MIX had a great year as well, co-writing and co-producing Lil Pump's Harverd Dropout. Romano clocked several high-profile cuts with artists like Meek Mill, Gucci Mane, Quavo, Rubi Rose, and Chris Brown, co-writing and co-producing the latter's LP, Indigo. Rapper Robnhood Tra, whose studio mixtape Ferrari N A Junkyard was released in October, also signed with us this year. Manhattan emcee Wiki had a productive year too, dropping a string of singles and some notable features — including a track on DJ Shadow's Our Pathetic Age — as well as his sophomore solo album, Oofie.

Our global hip-hop roster grew in 2019 as well. With local hip-hop dominating the charts in France, established French emcee Luidji — who released a Red Bull-presented single with Canadian super-producer WondaGurl — as well as Belgian up-and-comer GREEN MONTANA were added to our roster. Japanese rapper Elle Teresa, who released her Kawaii Bubbly Lovely II mixtape in July, was too. Though signed prior, British rapper Kano had an exceptional year as well. After dropping his critically-acclaimed sixth studio album Hoodies All Summer, the grime pioneer embarked on a U.K. tour that included a memorable sold-out date at London's iconic Royal Albert Hall. He also reprised his starring role in the Drake-backed Netflix reboot of fan-favorite TV series, Top Boy.

Kano wasn't the only artist on our roster to partner with the streaming video provider, however. Nikki Sixx and Mötley Crüe released their buzzed-about biopic, The Dirt, exclusively on Netflix. Sturgill Simpson also released a Netflix anime project to accompany his 2019 album, SOUND & FURY. Featuring music produced by Shea Taylor and Omen, HOMECOMING: A Film by Beyoncé was released on Netflix as well — and Cautious Clay created an original song for the third season of their 13 Reasons Why series, in addition to dropping his Table of Context EP.

Some contemporary global legends signed with us this year too, including Tori Amos and French-based singer-songwriter Keren Ann — who just won the Grand Prize for French Song at the Sacem Grand Prix — as well as international superstar Shaggy. In addition to releasing his anticipated solo album, Wah Gwaan?!, and several singles including a Christmas song with frequent collaborator Sting as well as the rooted anthem "I'm Alright" with fellow reggae kingpin Maxi Priest, the genre-transcending artist proved his global influence once again — inspiring not one, but two Spanish language hits. The posse cut "China" by Anuel AA, Daddy Yankee, KAROL G, J Balvin, and Ozuna samples and interpolates Shaggy's 2000 classic "It Wasn't Me" featuring Rik Rok, while Wisin & Yandel's "Chica Boombastic" derives from his 1995 breakout single, "Boombastic."

From Nashville — where Andrew Albert, Allison Moorer, and Jesse Frasure all won awardsfrom the major performance rights organizations — to Australia, where Stella Donnelly performedat the Sydney Opera House Forecourt and won three WAMAwards, Downtown clients truly thrived in 2019. In Amsterdam, Mercy John co-wrote Danny Vera's "Roller Coaster" — the highest new entry ever on NPO Radio 2's Top 2000 of all time, at number four, sitting between Led Zeppelin's "Stairway to Heaven" and Billy Joel's "Piano Man." Folk legend John Prine was finally inducted into the Songwriters Hall of Fame and also took home home Americana Awards, as did The War and Treaty. Our songwriters' collective list of accomplishments in 2019 could go on and on, and we're beyond grateful to work with such amazing talent. Happy New Year from your friends at Downtown! 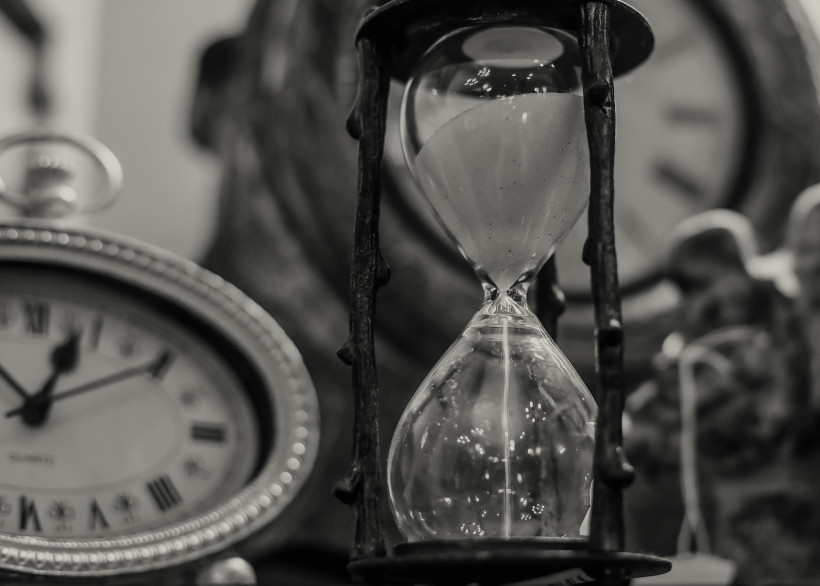 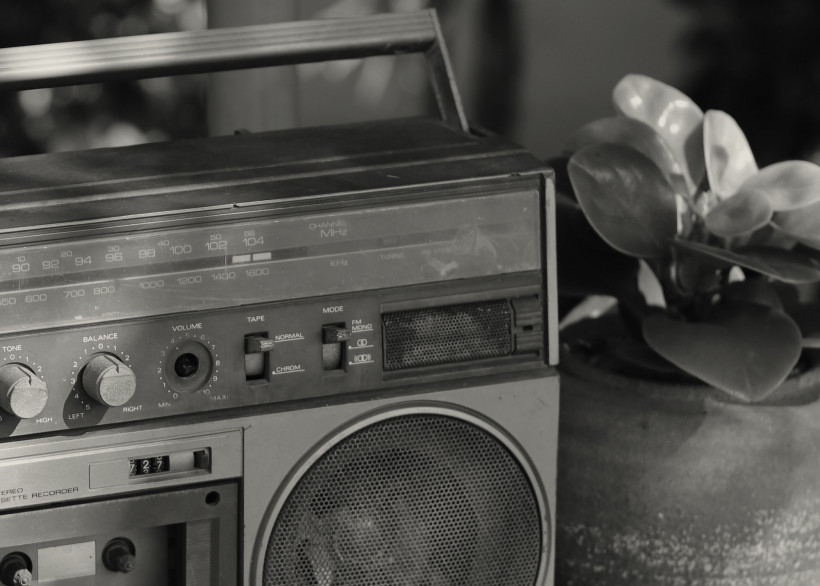